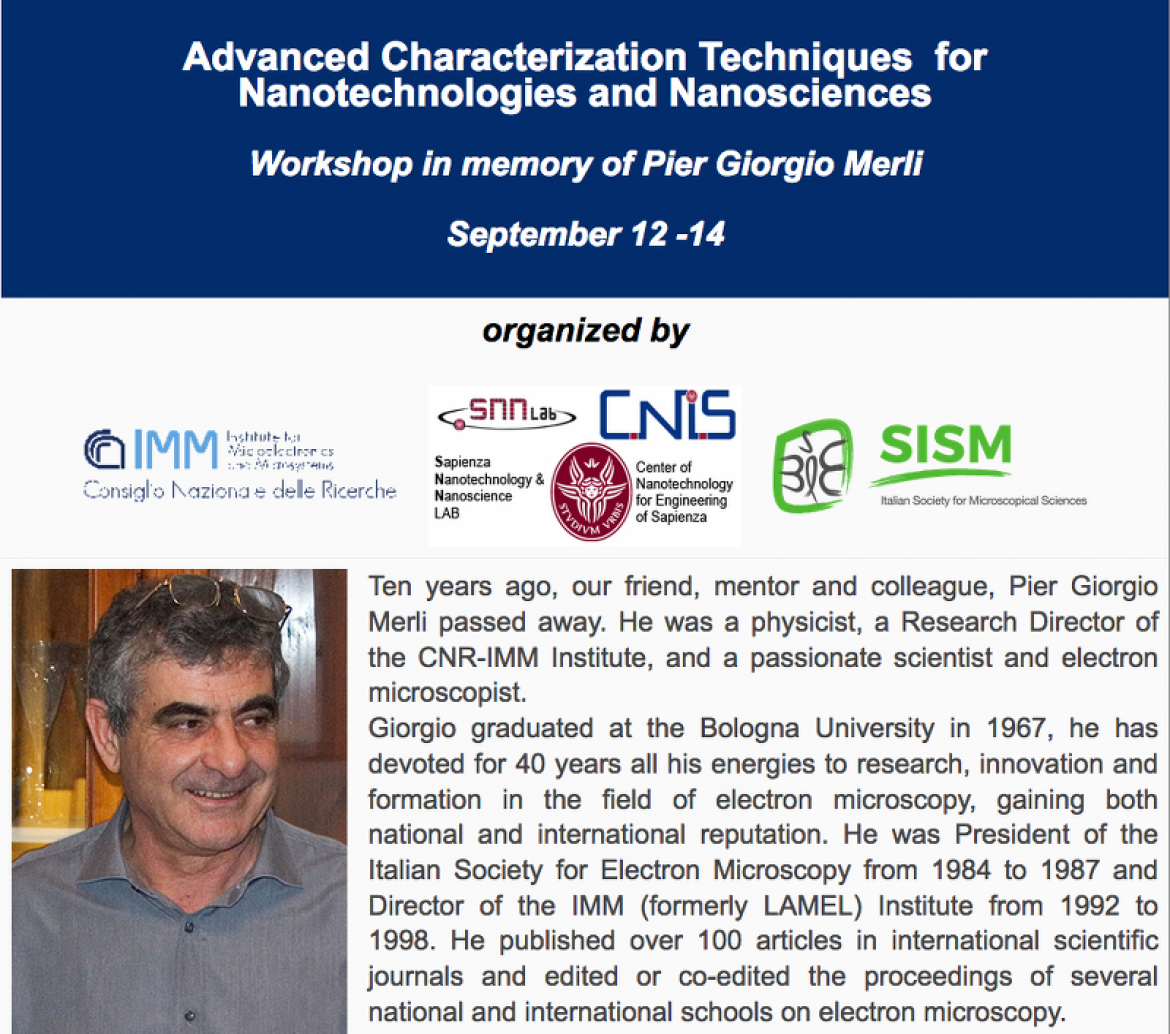 Ten years ago, our friend, mentor and colleague, Pier Giorgio Merli passed away. He was a physicist, a Research Director of the CNR-IMM Institute, and a passionate scientist and electron microscopist.

Giorgio graduated at the Bologna University in 1967, he has devoted for 40 years all his energies to research, innovation and formation in the field of electron microscopy, gaining both national and international reputation. He was President of the Italian Society for Electron Microscopy from 1984 to 1987 and Director of the IMM (formerly LAMEL) Institute from 1992 to 1998. He published over 100 articles in international scientific journals and edited or co-edited the proceedings of several national and international schools on electron microscopy.

In 1974 Giorgio, together with two other physicists of the University of Bologna, GianFranco Missiroli and Giulio Pozzi, realized “The double-slit experiment with single electrons”, which was chosen in 2002 as the most beautiful experiment in Physics by the magazine   Physics World  (http://l-esperimento-piu-bello-della-fisica.bo.imm.cnr.it/english/index....). Above all, this was the result of his passion for the investigation of the fundamental physical phenomena that always drove his scientific activity. He also had well clear the relevance of the transformation of an idea into an invention, which is testified by the various patents on electron guns or electron detectors that he obtained.

He was a scientist and, on top of that, a rigorous and passionate intellectual, one never completely satisfied of the acquired knowledge, aiming always at a deeper and more refined level of understanding. He was aware of his role as an intellectual, he was honest and disinterested, always trusting in coherence, and his professional as well as human relationships were inspired by the values of morality, equity and merit.

The workshop "Advanced Characterization Techniques for Nanotechnologies and Nanosciences" is dedicated to Giorgio's memory, to continue his legacy in studying, developing and understanding microscopic methodologies as fundamental tools for the physical, chemical and life sciences, as well as to promote his professional, cultural and human values, in particular among the younger scientists to whom  Giorgio has been dedicating most of his energies and whom he has always trusted and encouraged with all his great enthusiasm.