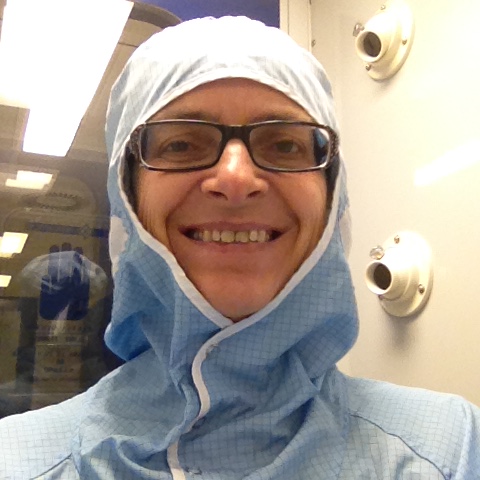 Piera Maccagnani (Ferrara, July 7, 1963) received her degree in Electronics in 1988 from the University of Bologna (Italy). Since then she has been working as research scientist at the Institute for Microelectronics and Microsystems (IMM) of the Italian National Research Council (CNR).

Since 2005 Maccagnani is jointly working with Micro Photon Devices, a spin-off set up by the Politecnico di Milano, with the task of providing the SPAD detectors required for the marketing of photon counting modules. Since 2008 she has been in charge of the research agreement between IMM and Dipartimento di Elettronica e Bioingegneria of Politecnico di Milano for the development and fabrication of improved silicon SPAD detectors. Between 2007 and the end of 2014 she was head of the Micro Nano Fabrication Facility at IMM Bologna; a facility for R&D, primary-stage product development and product manufacturing activities in the area of MEMS, micro and nano technologies. This facility offers specific proven and reproducible technological processing continuously improving its know-how by means of a R&D activity specifically focussed on the technology. Furthermore, between 2005 and 2015 she was in charge of the CNR research unit MD.P05.011 named “Development of technology for the fabrication of devices and microsystems for photonics, fluidics and mechanics application”.

Dr. Maccagnani’s research interests are in the study and characterization of materials, structures and processes for the Silicon planar technology, in particular applied to fabrication of MOS and CMOS integrated circuits. Her main research activity is concerned with the design, simulation, fabrication and experimental characterization of silicon integrated devices and circuits, with emphasis on Silicon gas sensors and Silicon Avalanche Detectors.

Since 2001 Maccagnani is deeply involved in the development of silicon thin SPAD detector, mainly working on the technological fabrication of SPAD devices with improved performances based on silicon planar and CMOS compatible technologies, and she has also worked on the related electrical characterization. She worked on the optimization of the technological process flow aiming at a tradeoff of the main SPAD parameters (large active area, low intrinsic noise, high photon detection efficiency and excellent temporal resolution). This research activity has been developed jointly with the research group led by Prof. Sergio Cova (SPADlab at Politecnico di Milano). Thanks to her activity on SPAD detectors, she has taken part in several multidisciplinary research projects where single-photon level sensitivity is required, such as DNA and protein analysis; single-molecule studies by fluorescence measurements; adaptive optics systems in telescopes and space application in collaboration with Italian or European research groups. In particular, Maccagnani has partecipated as IMM scientific responsible to 3 European Research Contracts (FP6 and FP7) and to 2 Italian research projects funded by MIUR. Moreover, in the period 2010-2012 she acted as coordinator (PI) of a project funded by ASI (Italian Space Agency, prot. I/039/09/0).

In the last two years, she faced a new challenge moving to graphene technology. The main target of this activity will be the creation of a new, more powerful and versatile technology platform, taking advantage of the planar nature of graphene, which makes this material compatible with the established technologies in ICT and integrable with conventional materials, first of all Silicon and SiC, complementing and extending current silicon technology.

A new apparatus for electron tomography in the scanning electron microscope

A nondestructive dynamic characterization of a microheater through digital holographic microscopy

SPADA: An array of SPAD detectors for astrophysical applications

Applications of the digital holography to the dynamic characterization of MEMS: a micromechanical shunt switch and a micro-gas-sensor

SPADA: An Array of SPAD Detectors for Astrophysical Applications