Home » Articles » Si and C based nanostructured materials: synthesis and material properties
-A A +A

Si and C based nanostructured materials: synthesis and material properties 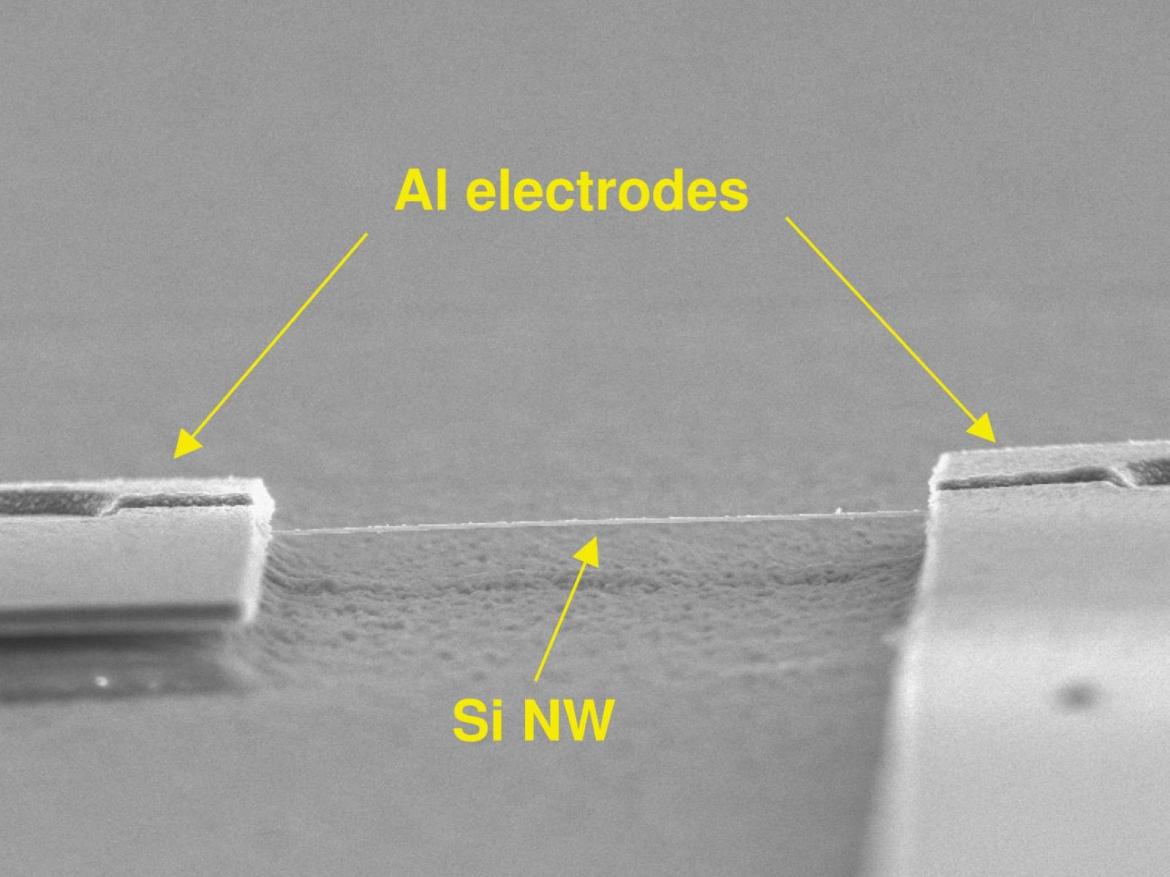 The research activity at IMM Bologna Unit is mainly focused on the C-CVD synthesis of the following materials and their combined optoelectronic characterization, aiming at applications in electronics, energy conversion devices, MEMS based sensors, biosensors and composites:

- single to few layer graphene (G) synthesis on large area, mainly investigated on Cu (both evaporated on a substrate and in form of foils). 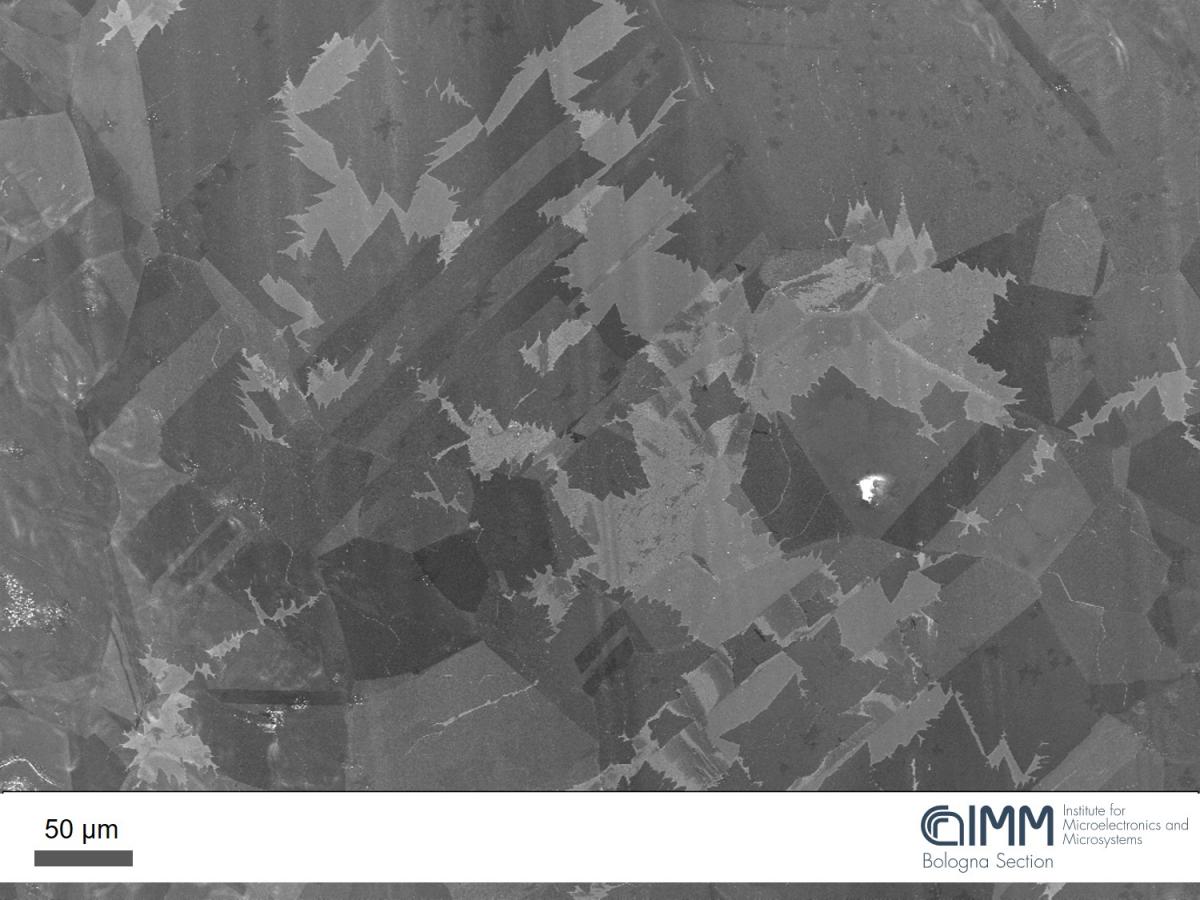 - C nanotubes (CNTs) synthesis of single- and multi-wall CNTs (SWNTs, MWNTs) directly on the device site, by exploiting catalyst patterning. The acquired knowledge of catalyst-substrate interaction forms the basis of our capability of site-selective growth of CNTs with the required type and orientation.

- templated growth of vertically aligned CNTs inside the nanopores of ordered Al2O3 matrices, for applications as electron field emitting cathodes.

Part of the activity is also devoted to investigations on

- thermal reduction process of graphene oxide films (RGO) and of the RGO molecular doping for the development of FET based on this material. 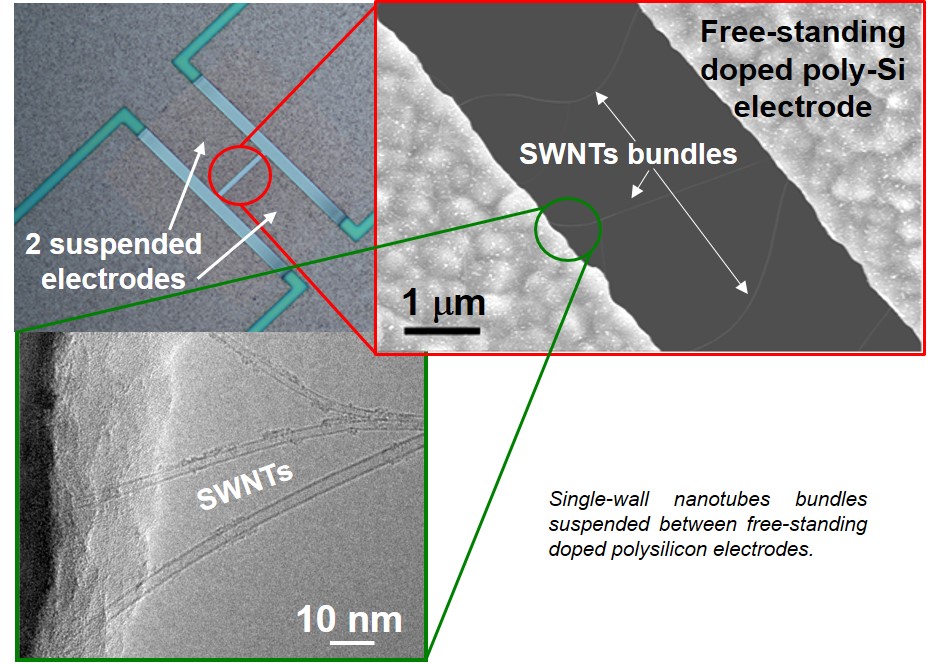 Bologna unit is also involved in the synthesis of Si based nanomaterials:

- growth by PECVD technique and study of the structural and optoelectronics properties of Si nanocrystals (SiNCs) in a thin film dielectric matrix (SiO2, SiC).

- development of a bottom-up fabrication process of Si nanowires matrices, mainly for applications in thermoelectric energy conversion and energy harvesting.

- production of colloidal functionalized SiNCs following a high temperature approach, consisting in the annealing of a siloxane precursor and the subsequent functionalization with organic ligands. The luminescence of these nanocrystals is exploited within luminescent solar concentrators and the SiNCs are also investigated as active photovoltaic material.