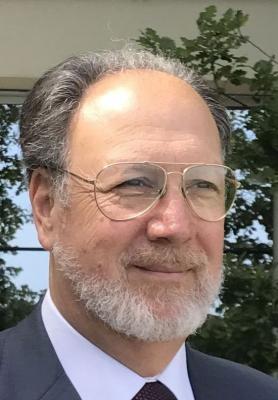 Surname:
Rafanelli
Firstname:
Claudio
Position:
Associate
Profile:
Senior Researcher
Phone:
+39 3346019429
Activity:
The activity, carried out as Associate in the Group of dr. Domenico Stanzial of IMM Ferrara, is carried out within the Project "CDR / GAE 057.003.000 / PST00902 NEURANIX Srl Research contract - Equipment for clinical-audiometric investigation". The research is in collaboration with the Departamento de Ciencias Bàsicas y Tecnologìas of the National University of Chilecito (UNdeC, Prov. La Rioja, Argentina). The research is ambitious and aims, on the one hand, for the experimental verification of the relativistic behavior of the speed of propagation of sound energy inside a wave-guide when the air is set in motion with an increasing Mach number. In other words, we want to check if what is already known for light waves also applies to sound waves, contributing to the progress of knowledge of Acoustic Sciences. For these studies, we will use the sensors developed within the above mentioned collaboration, and patent pending. On the other hand, we intend to provide indications on two possible practical applications of the sensors mentioned above. One activity will experimentally verify the existence of three frequency dynamic resonances within the human auditory meatus with methods based on the precision measurement of acoustic impedance. This study will improve the diagnosis of auditory pathologies. The other line of activity will develop an intensimetric acoustic methodology applied to measure of water level changing in aquifers, for agricultural use and environmental control. These two applications will lead, it is believed, to new patents and to the development of a start-up for the production and marketing of sensors and innovative techniques, to meet the needs of both Italian and Argentine markets.
Curriculum:

Born in March 1950 in Rome. Graduated Nuclear Engineering in November 1973.

Since 1976 to 2008, he was Researcher and then First Researcher of the National Research Council (CNR).

Between December 2008 and March 2015, he was Director of the Institute of Acoustics and Sensors “O. M. Corbino" (IDASC) in Rome. Currently retired for reasons of age.

Since 2019, he is "Senior Researcher" of the CNR-IMM, Ferrara office.

He is scientific responsible for Italy for the international Project "Chilecito: Laboratorio de Altura". The Project is a collaboration between UNdeC - Università Nacional de Chilecito (Prov. La Rioja, Argentina), CNR, INFN and INGV, for the studies and development of new-concept sensors for acoustics, medicine, environmental sciences and geophysics.

Studies made possible with the opening, in Argentina, of a high altitude laboratory (Famatina Base, 5100 masl).

Since January 2019, he is President of the TerrSafeiLab Consortium, in Messina, Italy, and as such participates in the research activity of the MIUR-DIONISO Project, project of the Italian Research Ministry (MIUR), for the development of seismic risk mitigation techniques, using devices and sensors both in natural environment and in artificial structures.

Since 2006, he has collaborated in the researches of ICES (International Center for Earth Sciences) with studies on Acoustics in Geophysics and Global Change. ICES is a Collaboration with the Argentine National Atomic Energy Board (CNEA).

Since 1994 to 2015, he was involved in the Polar research activity of the Italian National Research Program in Antarctica (PNRA) with studies on the climate and development of instrumentation. In this context, he was responsible for the "Global Change" Research Unit for studies on stratospheric Ozone reduction and its effects on UV solar radiation and human health with equipment installed at the Argentine Bases of Ushuaia (Prov. of Tierra del Fuego, 54° S), Belgrano Station (Antarctica, 78° S) and, more, in Ny Ålesund Base (Svalbard Archipelago, Norway, 78° N). In particular, in the Arctic base CNR "Dirigibile Italia" of Ny Ålesund he was responsible for the MOON Project, the study of ozone and UV radiation even during polar nights.

Since 2000 to 2015, he was responsible for the Italian NADC - National Antarctic Data Center, managing the data collected by PNRA during Polar expeditions.

Since 2016 to 2019, has been a member of the "Probiviri Commission" of the AISAM Association, born from the transformation of AGI.

Since 2014, he has professor of the Seismic Risk Mitigation course for the PostDoc Course in Applied Geophysics at the Argentine University of Chilecito, UNdedeC.

Since 2018, he is President of the Safety & Right to Safety Association, for the right to safety.

Since 2018, he is Vice President of the “HENSE School” Consortium for International training.

Since 2018, he is the UNdeC Representative for the management of patents related to the Project "Chilecito: Laboratorio de Altura ".

He was a contract professor at the Italian Universities of Cassino (Italy) and Rome "Tor Vergata", for courses in Computer science and Climatology.

He was tutor for the PhD courses in Polar Sciences at the University of Siena (Italy).

He is the author of more than 100 papers in books, international and national journals, conference communications and technical reports.